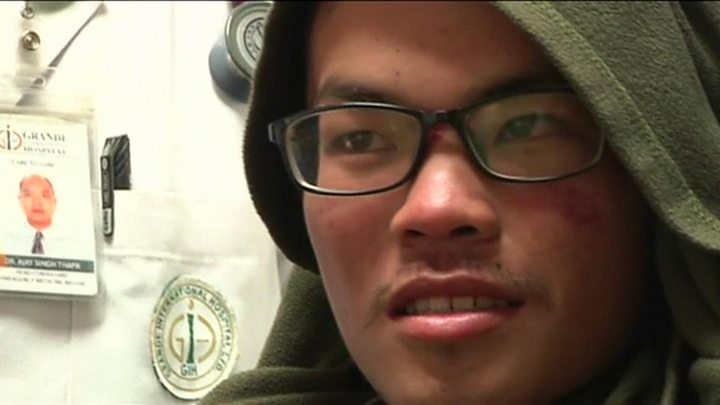 A 21-year-old trekker from Taiwan has been rescued alive in the Himalayas, 47 days after he and his girlfriend went missing.

A high-altitude search and rescue team found Liang Sheng Yueh in a canyon at around 2,600m (8,500ft) near Tipling village in Nepal's Dhading district.

The body of his companion, 19-year-old Liu Chen Chun, was lying nearby.

Mr Liang is being treated at Grandee International Hospital in Kathmandu and is said to be out of danger.

Dr Sanjaya Karki, who is treating Mr Liang, told Surendra Phuyal of BBC Nepal: "He can speak slowly. He told me his girlfriend died three days ago. He doesn't have trauma injuries, but his body has injuries stemming from worm-bites."

The trekker is said to have lost 30kg (4.5 stone) since going missing seven weeks ago. His hair was full of lice when he was found, and one foot was covered with maggots.

Doctors said he appeared to have survived largely on water and salt. 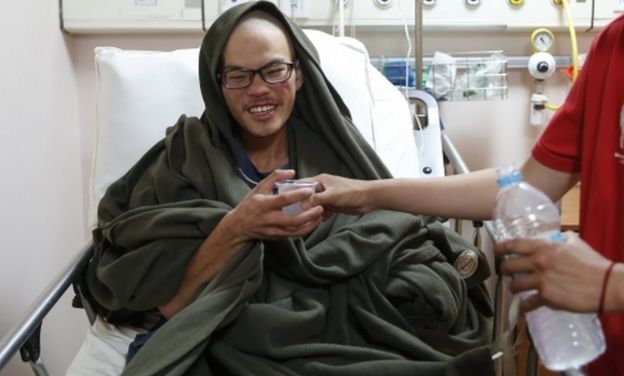 The BBC has learned that the stricken travellers were first sighted at 11:00 local time (05:15 GMT) by local people. A helicopter was immediately sent to the scene.

They were last seen in northern Dhading on 9 March, where they had gone out trekking despite heavy snowfall.

The website Missingtrekker.com reported that the couple had experienced some hardships before their trek, including missing luggage, and argued over "trivial matters".

Ms Liu reportedly wrote on Facebook: "I wish I had never ended up here." 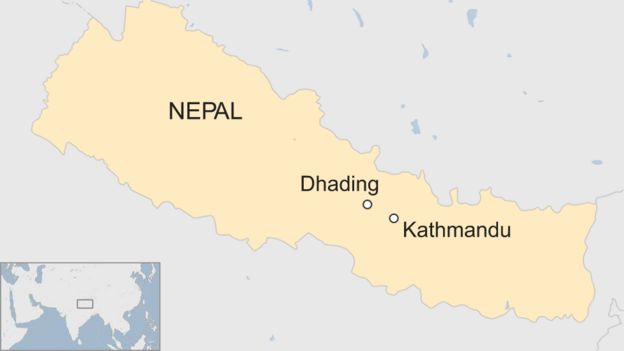 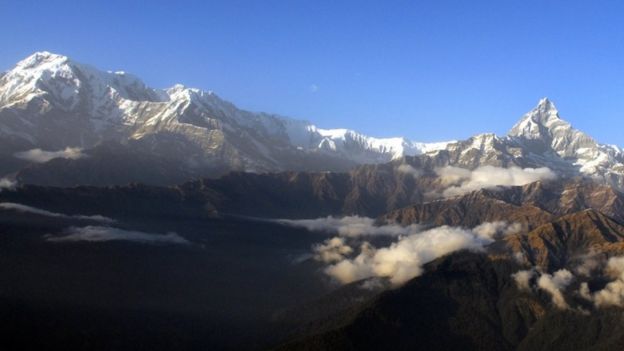 The pair's families became concerned when they failed to call Taiwan as arranged on 10 March, and requested official help to find them five days later.

Nepalese police hired three guides and a helicopter to search for the students, who were believed to be travelling to meet Taiwanese friends in Langtang village.

According to the Taipei Times, Himalayan travel guides and local news outlets were also alerted to the situation, but ongoing snowfall and sporadic avalanches made an extensive search difficult.

Madhav Basnet, who was part of the rescue operation, told the BBC the two trekkers appeared to have "slid off a slippery trail while making an ascent towards Ghatlang village from Dhading".

"It looks like they fell off and got trapped in a cave-like formation and couldn't climb back up again," he added.